Child labor has decreased by 38 per cent in the last decade but 152 million children are still affected, ILO says 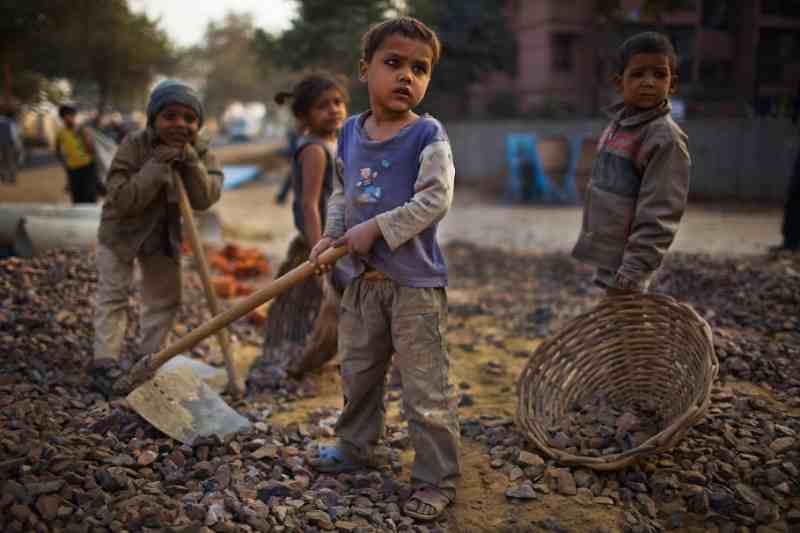 Child labor: Guy Ryder, Director-General of the International Labour Organization (ILO) reaffirmed that there is no place for child labor in our societies, adding that this phenomenon robs children of their future and keeps their families in poverty. The UN agency affirms that although child labor has decreased significantly over the last decade, one-in-ten children are still caught up in harmful work, kicking off a year-long bid to eradicate this practice. According to ILO’s data, in the last 20 years, almost 100 million children have been removed from child labor, bringing numbers down from 246 million in 2000 to 152 million in 2016.

Almost half of child labor happens in Africa (72 million children), followed by Asia and the Pacific (62 million); 70 percent of children in child labor work in agriculture, mainly in maintenance and commercial farming and livestock herding. Almost half of all these children work in occupations or posts considered dangerous for their health and lives.

The COVID-19 health emergency has brought additional hardship to these already vulnerable populations and may convert years of progress in the fight against child labor. Furthermore, school closures have exacerbated the situation. Many millions of children are working to provide the family earnings. The coronavirus pandemic has also made women, men, and children more exposed to exploitation. “With COVID-19 threatening to reverse years of progress, we need to deliver on promises now more than ever”, the ILO chief stated.

On a positive mark, the UN agency stated that joint and decisive action can reverse this course. In collaboration with the Alliance 8.7 global partnership, ILO launched the International Year for the Elimination of Child Labour to encourage Governments and State actors to take legislative and practical actions to eradicate child labor worldwide. The International Year prepares the ground for the V Global Conference on Child Labour (VGC). That will take place in South Africa in 2022, where stakeholders will share skills and make additional commitments towards ending child labor in all its forms by 2025, as well as forced labor, human trafficking, and modern slavery by 2030.

The UN General Assembly adopted it two years ago. The year aims to urge governments to achieve Target 8.7 of the Sustainable Development Goals (SDGs). The goal calls for immediate measures to end forced labor, modern slavery, and human trafficking, while also eliminating the worst forms of child labor, including the use of child soldiers.

The 12-month campaign will also adjust the ground for the fifth Global Conference on Child Labour (VGC) in 2022, which will welcome additional commitments towards ending child labor in all its forms by 2025 and forced labor, human trafficking, and modern slavery by 2030.  This International Year is an occasion for governments to step up and take concrete steps to eliminate child labor for virtue.