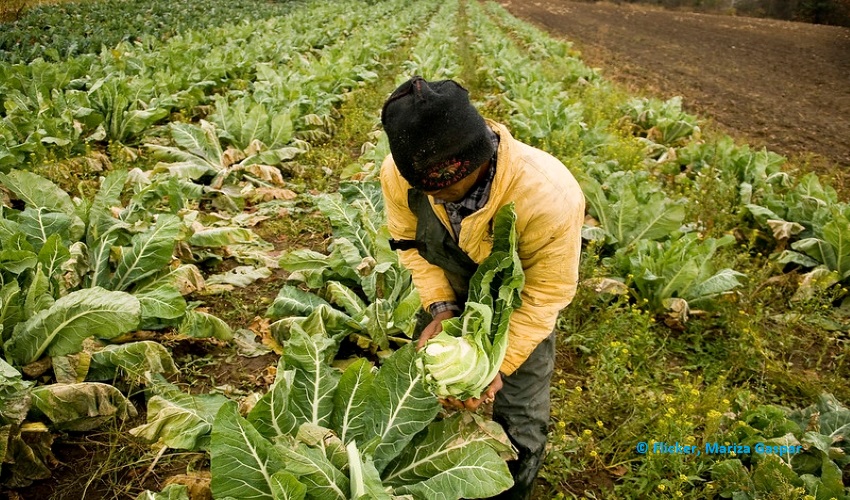 The Covid-19 situation has led to an unprecedented increase in intake of migrant workers in risky working conditions. Canada is also reportedly employing such at farmlands to meet the now increasing need for fresh fruits and vegetables.

The Covid-19 situation has led to an unprecedented increase in intake of migrant workers in risky working conditions.  Canada is also reportedly employing such at farmlands to meet the now increasing need for fresh fruits and vegetables.  Most of the migrants workers picked under the federal worker scheme are from Mexico, who have not been allowed to move out of the farms they employed in, much before the Covid-19 related lockdowns started. The same rule has not been made applicable on their Canadian counterparts.

Even if they have not contracted the virus, they continue to be held at the farm lands, now allowed to venture out and meet with anyone else.  While the Canadian government is said to have made allowances to maintain health and safety of migrant workers, the money put aside for these 1000 or more workers on temporary visas, do not get any benefits of that money. The money is supposed to provide migrant workers with quarantine facilities, hotel stay, etc. Instead, advocates say that the money has been utilized to meet their financial requirements.

Human rights activists have been pushing for Justin Trudeau’s office to convert temporary visas to permanent ones for such migrant workers who become victims at the hands of oppressive employers.  With permanent residency, these migrant workers can look for alternate employment, if need be.

For more than 50 years Canada has allowed farms to hire workers from countries including Mexico, Guatemala and Jamaica. About 60,000 workers come to Canada each year, with numbers increasing in response to domestic labour shortages and growth in exports. In turn, billions of dollars of farm produce is exported to the US each year.

Despite everything said and done, there is no semblance of equality amongst the federal skill workers and Canadians themselves. A sense of exploitation, lack of respect, access to decent living conditions is common amongst the migrants working in Canadian farms. A sense of discrimination still prevails and the government doesn’t seem to be able to stop this.