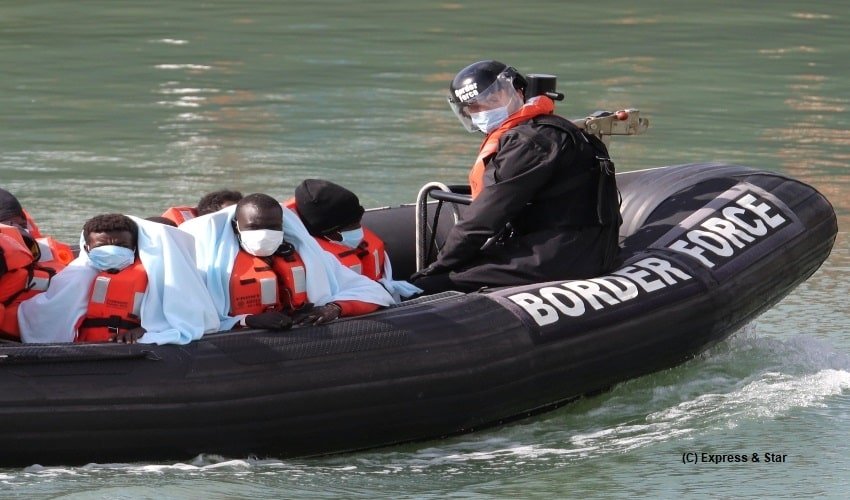 They were said to have crossed the English Channel in an attempt to find asylum in Spain, where they had previously passed through.

In a strange act of humanism, a senior high court judge has halted a charter flight from transporting 20 asylum seekers to Spain. They were said to have crossed the English Channel in an attempt to find asylum in Spain, where they had previously passed through.

Under the Dublin III scheme, a European country can pass on asylum seekers from itself to the other nation where they might have previously stayed or passed through and proof of their visit can be shown via fingerprints or documented proof.

This is probably a second time in the history of Britain that a court ruling as halted the movement of a charter for asylum seekers. Home Secretary Priti Patel had plans of removing dinghies from the English Channel to the tune of 2000 in numbers before Britain made a full exit from the EU in end of 2020. The ruling obviously hits her open commitment on non tolerance towards asylum seekers. The decision in favor of the asylum seekers by judge Sir Duncan Ouseley comes from a point of view that there was uncertainty over the safety of these asylum seekers who were previously left to fend for themselves of the streets of Madrid.

Judges are right to uphold the law

Refugees have rights and these cannot be ignored by ministers chasing cheap headlines https://t.co/gOlDPYKo6V

Many of the asylum seekers have already suffered from PTSD and were not in the mental condition to handle a life of homelessness and destitute living. While Spanish counterparts this time, gave written confirmation of fair reception, it seemed like a cut and go job, with an email going back and forth a day before the asylum seekers were to be sent off from Britain to Spain.

Judge Ouseley, fearing the safety of these men who were already bereft and tortured, said he was halting the charter flight so that a hearing could be arranged to investigate reception arrangements for asylum seekers sent to Spain from the UK in more detail. He asked for this hearing to be organised as soon as possible.

According to Patel, the court’s ruling is a bitter disappointment that has “prevented us from returning people who have no right to be here. This case has not abated our determination, and we have more flights planned in the coming weeks and months.”

In the last few years, more and more migrants have been fleeing conflict laden lands to look for safe haven into Europe. Many have been smuggled through human traffickers or taken dangerous routes through mountains and borders to find themselves only caught on border and thrown into refugee camps. Of most of the European countries, UK and Germany have been more humane in handling many cases where migrants are asylum seekers.