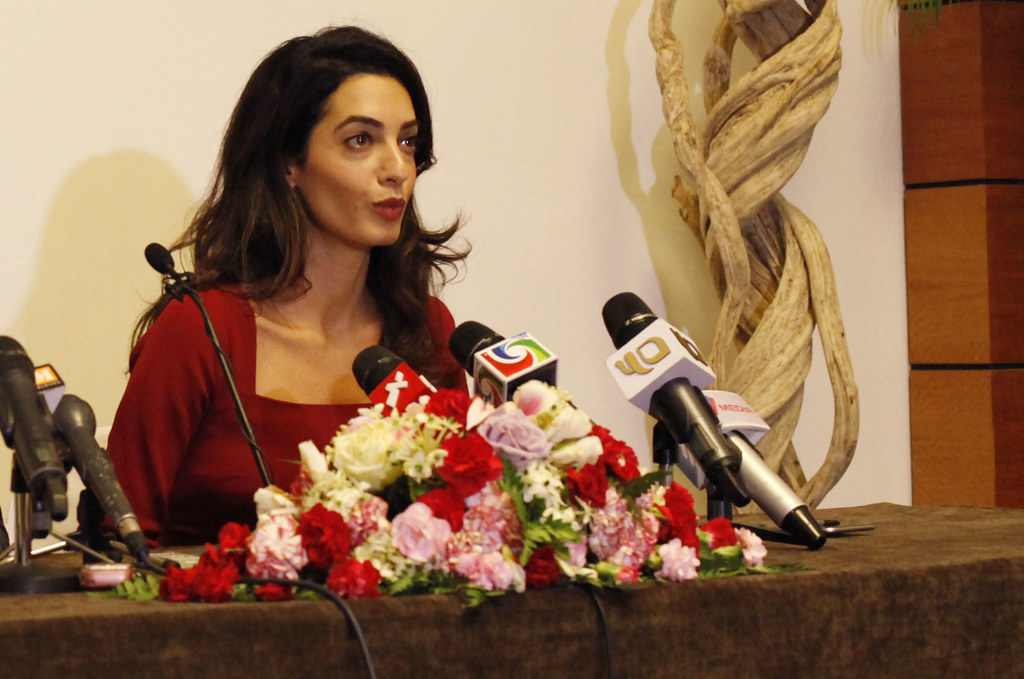 Amal Clooney have urged Australia to pass the Magnitsky law

As the Asia-pacific power contemplates passing an important human rights law, several activists are throwing their weight behind it.

Amal Clooney is among the latest activists who have urged Australia to pass the Magnitsky law at the earliest, according to a Guardian report. The human rights lawyer said that the coronavirus pandemic provides the perfect cover for authoritarian regimes to carry out human rights abuses and that Australia must lead the way forward by enacting the Magnistsky law and denying them the chance to get away with it.

Named after a Russian lawyer who was arrested, tortured and killed in prison in 2008 after uncovering a multi-million-dollar fraud, the law is designed to impose visa and property-related sanctions on foreign nationals who are responsible for human rights violations and large-scale corruption. In December, the country had set up a committee to look into the introduction of such a law and since then calls for it to be passed have grown louder.

This includes American financier-turned-activist Bill Browde who attended an Australian parliamentary inquiry for the same, advocating that human rights abuses must be made accountable internationally and asking Australia to not allow itself to become a haven for dirty money and the people behind it.

The United States passed the Sergei Magnitsky Accountability Act in 2012 and since then has imposed sanctions on 94 individuals and 102 entities from 24 countries, including South Sudan, Uganda, Iraq and Cambodia. Similar legislations are active in at least nine countries with the European Union being the latest to be considering something along similar lines.

Activists point out the advantages of such an act as it doesn’t target the entire country but specific individuals and their families and properties, making it extremely effective in curbing human rights abuses. For example, instead of targeting a whole country like China with sanctions – which most countries can’t or won’t do out of political and economic considerations – they can target individuals, like the officials involved in the cover-up of the coronavirus outbreak or atrocities against Uighurs. While there is broad support for the act in Australia, some also say that the current mix of UN-enforced sanctions and stringent visa laws are enough to filter out such individuals. But activists have called these measures opaque, ad hoc with very little government oversight. Besides, the law can be expanded to include corporations perpetuating large-scale corruption and removing those companies and their executives and shareholders from doing business in the country.

How Parents Can Keep Their Sanity While Working from Home