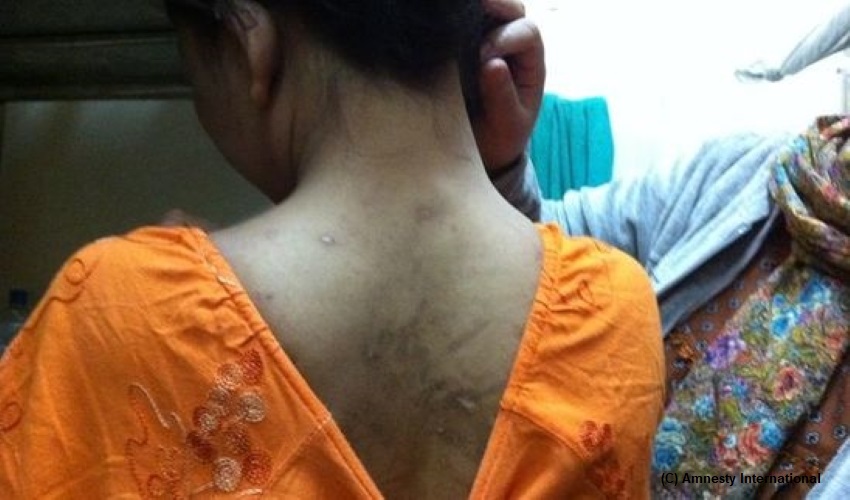 Amnesty has spoken to 105 domestic workers who are working as household workers for residents in Qatar. It is found that despite amendments in labor law the rights of workers are abused. A few women stated that they had faced serious sexual abuse too.

According to the new report by Amnesty International, domestic workers employed in Qatar have been pushed to limit by the absence of rest, misuse, ill-treatment, and overwork. Amnesty has spoken to 105 domestic workers who are working as household workers for residents in Qatar. It is found that despite amendments in labor law the rights of workers are abused. A few women stated that they had faced serious sexual abuse too.

Many female migrant workers in Qatar daily suffer extreme harassment. It reported incidents of daily beatings suffered by 15 of the ladies, with around 40 saying they had been slapped, or spat at, and had their hair pulled. Many faced daily insult and had to eat leftover food. Many reported that they were treated like a dog by the employer.

As tension builds on Qatar to handle work abuse in front of the 2022 World Cup, it declared in January 2020 that it was removing restrictions on leaving the nation for practically all migrant workers, who had to provide their employer’s consent letter.

Campaigners are worried about the ramifications of the new prerequisite in a state with 300,000 residents which has 175,000 domestic servants mostly women that are generally from Asia and Africa.

The Human Rights Watch has embraced Qatar’s provision of Law No. 15 on Service Workers in the Home in 2017 under the Domestic Workers Law, which gives legitimate assurances to workers’ labor rights.

This is what life is like for domestic workers in Qatar. Don’t let abusive employers get away with exploitation. pic.twitter.com/ekes9ds0lK

In 2017 Qatar renewed the Domestic Workers Law. This implies new protection, for example, workers can work for a max of 10-hour daily, a 24 rest every week, three weeks of yearly off, end of work salary for at least three weeks for each year. However, it is as yet more vulnerable than the Labor (Law No.14 of 2004), which protects every worker but has many loop holes in the International Labor Organization (ILO) Domestic Workers Convention, the worldwide agreement on domestic workers’ rights.

Amnesty suggests that Qatar ought to either change the Domestic Workers Law or guarantee that any actualizing guidelines or provide equal rights to domestic workers relating to reform extra working hours, one day rest, paid yearly leave, and in case of illness, a sick leave too.

Household servants revealed to Amnesty that they were working at least for 16 hours per day without any weekly off. Practically everyone had their passports seized by their employers, getting salaries late, and faced abuse. The system portrays a slave-like treatment where employers treat their servants like possessions and not human.

As per Steve Cockburn, Head of Economic and Social Justice, the coming of the 2017 Domestic Workers Law was a good step for work rights security in Qatar. Tragically, the accounts of the female workers we spoke to said that these amendments have not been rightly executed,” he added.

Article Credit: The Amnesty/ The Arab News/ The Reuters