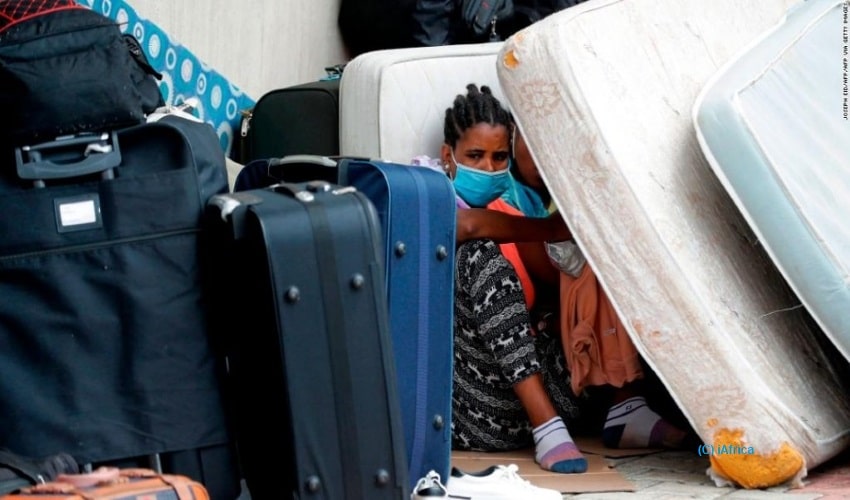 While South African diplomats and officials are busying siphoning funds kept aside for Covid-19 recovery, migrant workers are tolling it out in Lebanon.

While South African diplomats and officials are busying siphoning funds kept aside for Covid-19 recovery, migrant workers are tolling it out in Lebanon. The low skilled workers are having a harrowing time in Lebanon where the political and economical conditions have hit rock bottom.

Conditions in Lebanon are such that there is bleak hope for their own leave alone African migrant workers. The currency has depreciated. There is an inflation and job loss that has forced Lebanese nationals not to afford workers.

On top of it, the historical sponsorship (Kafala) system gives room for exploitation and abuse where workers cannot seek change of employment from a current employer.  There is increased pressure on domestic migrant workers who are stuck with employers that are working from home due to the COVID-19 situation.

This week's @thecontinent_ has a heartbreaking report on the fate of female African migrant workers stranded in #Lebanon.

This #Kafala system is slavery by another name!

And did Kenya really ask its citizens stranded in Lebanon to take up sex work to pay for return flights? pic.twitter.com/TGKShdLe6h

Further, the Beirut explosion has not only hampered housing facilities for African migrant workers but also dimmed their chances of getting back home.

The state of African migrants in Lebanon has been discussed by the African Union Commission (AUC) with three other affected member states, namely, Ethiopia, Kenya and Sudan. Also included in the discussions was the International Organization for Migration (IOM) and the International Labour Organization (ILO). The situation has been taken over with the respective embassies in Lebanon. Currently, the repatriation of the migrant workers is of paramount importance. So, the meeting concluded by recommending the AUC to utilize the Afro-Arab partnership to highlight the issues of protection of African migrants.