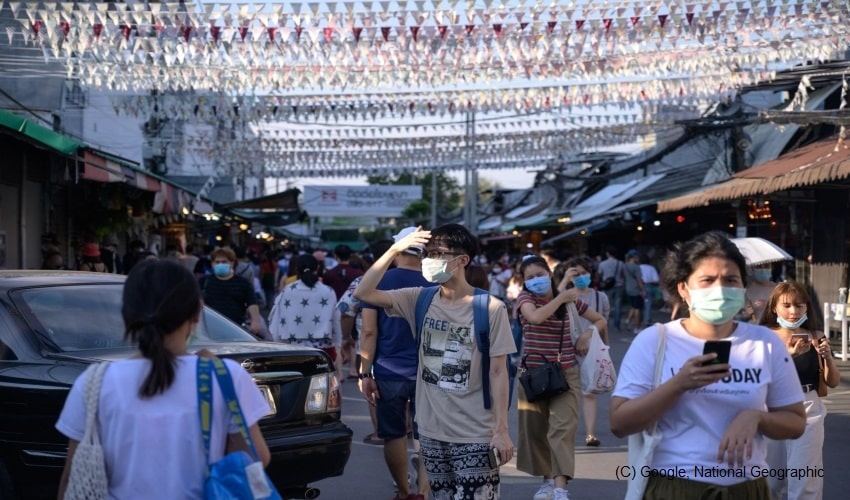 On Saturday, the Ministry of Health announced a daily record of 548 new cases, practically all of them between migrant workers in the seafood business in Samut Sakhon province, 34 kilometers southwest of the capital Bangkok.

Thailand’s local community blames migrant workers for the quick spread of coronavirus across the country. According to Thai Health authorities, COVID-19 cases pass 5,000. Only yesterday, officials have reported 548 new contagions, almost all of them among migrant laborers in the seafood production in Samut Sakhon district. From the beginning of the pandemic, Thailand’s total number of confirmed COVID-19 cases surged past 5,000 as hundreds of migrant workers resulted positive, posing a major challenge for the Government.

Thailand has been one of various Southeast Asian nations that were managing relatively unharmed by the coronavirus emergency. But on Saturday, the Ministry of Health announced a daily record of 548 new cases, practically all of them between migrant workers in the seafood business in Samut Sakhon province, 34 kilometers southwest of the capital Bangkok.

[UPDATE] PSA: If you have been to these 32 locations in Thailand during the following dates, please get tested immediately!

Thai Prime Minister Prayut Chan-ocha stated yesterday his executive would wait to see how the circumstances looked in a week’s time to establish any special limitations for New Year’s holidays.  The new cases in Samut Sakhon, most not presenting manifestations, were found by mass testing after a 67-year-old shrimp merchant at a seafood market resulted positive to the COVID-19 swamp. The Klang Koong seafood market, one of the country’s largest, and its associated house were sealed off by security forces and police agents. The province imposed a night lockdown and other movement restrictions until January 3. Several public places, including shopping department stores, schools, gyms, cinemas, spas, and sports stadiums, have to remain closed until this data.

Some 360 of the 382 new contagions reported yesterday were migrants working in the province, the Center for Covid-19 Situation Administration affirmed. There were 14 other cases described as locally transmitted and eight discovered in COVID isolation facilities where essentially all people coming from overseas must wait for fifteen days. The majority of migrant workers in Samut Sakhon province are from neighboring Myanmar, which is witnessing a breaker in coronavirus contagions starting from last August. The circumstances in near Myanmar had produced great concern among Thai authorities, spending great efforts to clearly decrease border passage.

Last month, several cases were found among Thai women who had worked in Myanmar and then evaded health checks when coming back home to northern Thailand generating panic among their communities. Most of the people from northern Thailand who recently traveled to Myanmar and resulted positive for the coronavirus tests were traced just after having already arrived in Bangkok. According to the Worldometer and John Hopkins University, Thailand recorded a total of 5,289 coronavirus cases and 60 deaths from the beginning of the global emergency.