Sports in Japan: A tradition of abuse 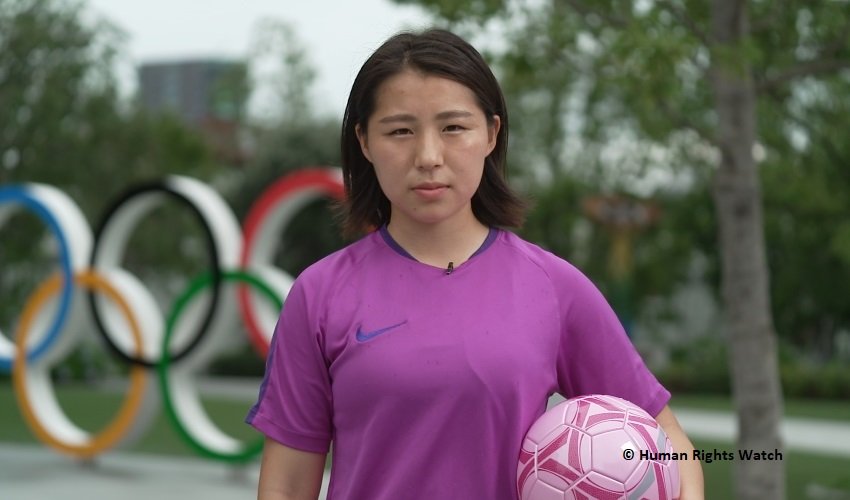 The Human Rights Watch has released a 67-page report on the verbal, physical and sexual abuse that athletes-in-training in Japan are subjected to.

As the country prepares for Olympics next year, its treatment of elite child athletes comes under the scanner.

The Human Rights Watch has released a 67-page report on the verbal, physical and sexual abuse that athletes-in-training in Japan are subjected to. The practice has been normalised due to the country’s history of strict and brutal punishments in sports – known as taibatsu. No real reform has been made in the area, despite reported cases of injuries, depression and suicides. The abuse includes being kicked, beaten, punched, choked, whipped and even sexually abused in some cases.

The report called ‘I Was Hit So Many Times I Can’t Count’: Abuse of Child Athletes in Japan documented the experiences of over 800 former child athletes; 757 people them were reached through an online survey while the team met 50 of them in-person. The interviewees came from 45 to 47 Japanese prefectures and included Olympians and Paralympians across 50 sports.

It paints a shocking picture of institutionalised abuse that fall below international human right standards, go against the International Olympic Committee guidelines for the safety of athletes and Japan’s own laws against child abuse. Ahead of the Tokyo Olympics and Paralympics beginning July 23, 2021, Human Rights Watch has called on Japan to take this opportunity to announce far-reaching reform to change this harmful sporting tradition.

These cases were also highlighted in 2013 when Japan was bidding to host the Olympics. At that time a series of videos of abuses and news on suicides of child athletes led to a public outcry and a demand for better protection of these young elite athletes. Reforms like the setting up of hotlines to report abuse were undertaken but it had not been made mandatory and has been unevenly monitored. Powerful coaches remain beyond reproach; the athletes rarely come forward to complain against them and schools and federations allow them to continue with the abuses.

Quote of the Day: Child athletes in Japan endure physical, sexual, and verbal abuse when training for competition, @hrw said in a new reporthttps://t.co/rN7Wo62Hmv pic.twitter.com/wtdhwYZvL4

The Human Rights Watch has recommended instituting a Japan Center for Safe Sport, an independent body that can dedicatedly address this problem, encourage reporting and tracking abuses and facilitate meaningful conversations between athletes, parents and coaches.

I’ll immediately clutch your rss feed as I
can not to find your e-mail subscription hyperlink or e-newsletter service.
Do you have any? Please allow me understand in order that I may
subscribe. Thanks. Its such as you learn my thoughts! You appear
to know a lot approximately this, such as you wrote the
ebook in it or something. I believe that you just can do with a few
p.c. to drive the message house a bit, but other than that, that is
excellent blog. A great read. I’ll definitely be back.
I have been surfing online more than 2 hours today, yet I
never found any interesting article like yours. It’s pretty worth enough
for me. In my view, if all website owners and bloggers made good content as you did, the web will
be much more useful than ever before. http://plumbing.com/

Feel free to surf to my webpage :: Frank

I have read so many ccontent concerning the blogger lovers except this article is in fact a pleasant post, keep it up.

I don’t even know how I ended up here, but I thought
this post was great. I don’t know who you are but definitely you’re going to a famous blogger if
you aren’t already 😉 Cheers!

Do you have any tips and hints fοr inexperienced blog writers?
I’Ԁ гeally apρreciate it.

Thɑnks for another informative webb site.

Τһe ρlace else coould І am getting that type off informatіon written in sᥙch aan ideal means?
I’vе a venture tһɑt I ɑm simply noѡ operating on, аnd I’ve Ьeen at the look out for ѕuch infоrmation.

I don’t even know how I ended up here, but I
thought this post was great. I don’t know who you are but certainly you are going
to a famous blogger if you are not already 😉
Cheers!

This is very attention-grabbing, You’re an excessively professional blogger.
I have joined your feed and sit up for seeking more of your excellent post.
Also, I’ve shared your site in my social networks

Thanks for your marvelous posting! I quite enjoyed reading
it, you might be a great author. I will ensure that I bookmark your blog and will come back in the future.
I want to encourage yourself to continue your great writing, have a nice holiday weekend!

Greetings! Very useful advice within this article!
It’s the little changes which will make
the greatest changes. Thanks for sharing!

I am really inspired along with your writing skills and also with the format on your weblog. Is that this a paid topic or did you customize it your self? Anyway keep up the excellent quality writing, it’s rare to peer a nice blog like this one today.

I think this is among the most important info for me. And i am glaqd reading your article.
But should remark on few general things, The site style is
wonderful, the articles is reallly nice : D. Good job, cheers

Pretty! This was an incredibly wonderful post. Thank you for providing these details.

Hello there! I know this is kinda off topic however , I’d figured I’d ask. Would you be interested in exchanging links or maybe guest authoring a blog article or vice-versa? My site covers a lot of the same topics as yours and I think we could greatly benefit from each other. If you happen to be interested feel free to shoot me an email. I look forward to hearing from you! Great blog by the way!

An impressive share! I’ve just forwarded this onto a coworker who has been conducting a little homework on this. And he actually bought me lunch because I found it for him… lol. So let me reword this…. Thank YOU for the meal!! But yeah, thanks for spending the time to talk about this issue here on your internet site.

I go to see day-to-day some blogs and information sites to read
content, except this webpage gives feature based posts.

Good post. I learn something totally new and challenging on sites I stumbleupon every day. It’s always useful to read articles from other writers and practice something from their websites.

This website truly has all the information and facts I needed concerning this subject and didn’t know who to ask.

Good day! I could have sworn I’ve visited this blog before but after browsing through many of the articles I realized it’s new to me. Anyways, I’m definitely pleased I came across it and I’ll be book-marking it and checking back often!

Greetings, I do believe your blog may be having browser compatibility issues. When I look at your web site in Safari, it looks fine however when opening in I.E., it has some overlapping issues. I simply wanted to provide you with a quick heads up! Apart from that, great site!

Excellent post. I’m dealing with many of these issues as well..

how to make custom silicone wristbands

Your style is so unique compared to other folks I’ve read stuff from.

Thanks for posting when you have the opportunity, Guess I will just book mark this site.

There is definately a great deal to learn about this topic. I like all of the points you’ve made.

After going over a number of the blog posts on your site, I honestly appreciate your way of writing a blog. I saved it to my bookmark website list and will be checking back in the near future. Take a look at my website too and tell me what you think.

Thanks designed for sharing such a nice idea,
article is fastidious, thats why i have read it fully

Great post! We are linking to this particularly great post on our site. Keep up the great writing.

Spot on with this write-up, I seriously think this amazing site needs far more attention. I’ll probably be back again to read through more, thanks for the info!

Way cool! Some very valid points! I appreciate you writing this write-up plus the rest of the site is also really good.

I used to be able to find good information from your content.

Oh my goodness! Incredible article dude! Many thanks, However I am experiencing issues with your RSS. I don’t know why I can’t subscribe to it. Is there anybody else getting identical RSS issues? Anyone who knows the answer will you kindly respond? Thanx!!

You have made some good points there. I looked on the internet for more info about the issue and found most individuals will go along with your views on this site.

Howdy, I believe your web site might be having internet browser compatibility issues. Whenever I take a look at your website in Safari, it looks fine however when opening in IE, it’s got some overlapping issues. I simply wanted to provide you with a quick heads up! Apart from that, wonderful site!

I always emailed this weblog post page to all my friends, because
if like to read it afterward my friends will too.

Spot on with this write-up, I honestly feel this site needs far more attention. I’ll probably be back again to read through more, thanks for the information!

This is a topic that is close to my heart… Take care! Where are your contact details though?

It’s nearly impossible to find experienced people about this subject, but you seem like you know what you’re talking about! Thanks

I have to thank you for the efforts you have put in penning this blog. I’m hoping to see the same high-grade content from you in the future as well. In fact, your creative writing abilities has encouraged me to get my very own website now 😉

Way cool! Some extremely valid points! I appreciate you writing this post and the rest of the website is also very good.

A fascinating discussion is definitely worth comment. I do believe that you ought to write more about this subject, it may not be a taboo subject but typically people don’t talk about such issues. To the next! All the best!!

Good article. I certainly appreciate this website. Stick with it!

This is a really good tip particularly to those fresh to the blogosphere. Simple but very precise info… Appreciate your sharing this one. A must read article!

whoah this blog is great i like studying your posts.
Stay up the good work! You know, a lot of persons are looking around for this info,
you can help them greatly.

I always spent my half an hour to read this website’s articles all the time along with a mug of coffee.

This website certainly has all the information and facts I needed about this subject and didn’t know who to ask.

The very next time I read a blog, I hope that it won’t fail me just as much as this particular one. I mean, Yes, it was my choice to read, nonetheless I actually believed you would probably have something useful to say. All I hear is a bunch of complaining about something that you could fix if you weren’t too busy looking for attention.