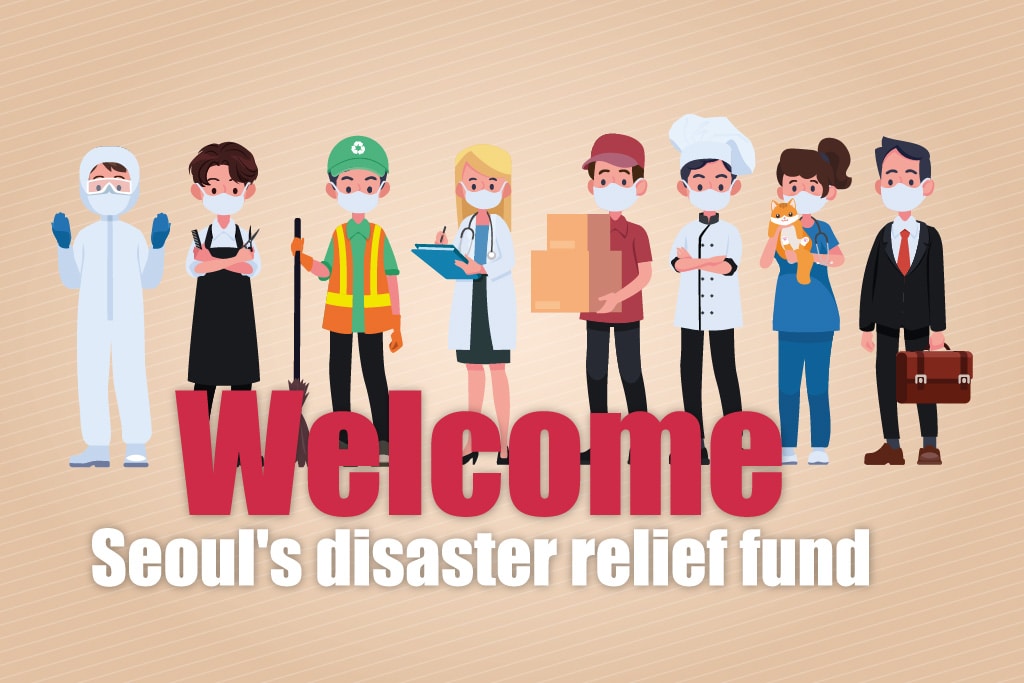 Migrant workers in the South Korean capital of Seoul have welcomed the announcement of disaster relief funds for non-citizens, following the recommendation of the National Human Rights Commission of Korea

There is hope that other municipal governments in South Korea will also follow Seoul’s example by providing help for non-citizens affected by the pandemic.

Migrant workers in the South Korean capital of Seoul have welcomed the announcement of disaster relief funds for non-citizens, following the recommendation of the National Human Rights Commission of Korea. The Seoul Metropolitan Government had already been running a disaster relief plan since March to support those who were economically hit due to the pandemic. But this was restricted to Korean citizens and foreigners under certain visas. The latest plan expands the eligibility to include more foreign workers.

Now all foreign nationals who are registered as city residents and have lived in Seoul for at least 90 days can apply provided they fall under the appropriate visa and income categories. Those eligible can apply online from August 31 to September 25 while offline submissions can be filled out between September 14 and 25 at the nearest district office or community service centre. Integrated call centres will be run for the benefit of the applicants in 17 languages including English, Thai, Vietnamese and Chinese.

A household making less than the median income can apply for the assistance. For example, a household of two members earning below KRW 2.9 million can get KRW 300,000, three-member households earning less than KRW 3.8 million will get KRW 400,000 etc. The relief will be disbursed in the form of prepaid cards which will be made available within two weeks of the application being approved and can be used anywhere in Seoul till December 15.

Many migrants rights groups have also expressed hope that this will encourage more municipal governments to extend similar kind of assistance in their jurisdictions. Many foreign workers in the country are stranded without work and unable to return home due to travel restrictions. But other provinces like Gyeonggi has shown reluctance to expand aid to all categories of foreigners. Rights groups are working hard to convince these governments to do right by their guest workers.

The question shouldn’t be about why they should help foreigners with Korean tax money, they say, when these workers have been contributing to taxes for many years. This move will show Korea’s acceptance of foreign workers and ensure that they aren’t discriminated against during other disaster situations in the future.

This is retarded. Korea doesn’t owe non-citizens anything. If you pay taxes there are a permanent or temporary resident you accepted that you don’t get as many privileges when you signed your visa application.

I read this paragraph completely about the resemblance
of hottest and preceding technologies, it’s amazing article. https://vanzari-parbrize.ro/lunete/lunete.php

Thanks a lot for sharing this with all folks you really realize what you are talking approximately!

Bookmarked. Kindly also talk over with my site =). We could have a hyperlink trade agreement between us https://vanzari-parbrize.ro/parbrize/parbrize-daf.html

After checking out a handful of the blog articles on your website, I
truly like your way of blogging. I book marked it to my bookmark site list and will be checking back soon. Take a look at my website as well and tell me your opinion.

I loved as much as you will receive carried out right here.
The sketch is attractive, your authored material stylish.

nonetheless, you command get bought an shakiness over that you wish
be delivering the following. unwell unquestionably come further formerly again since exactly the same nearly very
often inside case you shield this increase.

Greetings! Very helpful advice in this particular article!
It is the little changes that produce the most significant changes.

Many thanks for sharing!

Helpful information. Fortunate me I discovered
your website by chance, and I am stunned why this
accident didn’t happened earlier! I bookmarked it.

After looking at a handful of the blog articles on your web site,
I really like your way of writing a blog. I bookmarked
it to my bookmark site list and will be checking back in the
near future. Take a look at my web site as well and tell me how you feel.

I simply could not leave your web site before suggesting that I actually enjoyed the standard info
an individual supply to your visitors? Is gonna be back
continuously in order to check up on new posts

Excellent read, I just passed this onto a colleague who was doing some research
on that. And he actually bought me lunch because
I found it for him smile Thus let me rephrase that: Thank you for lunch!