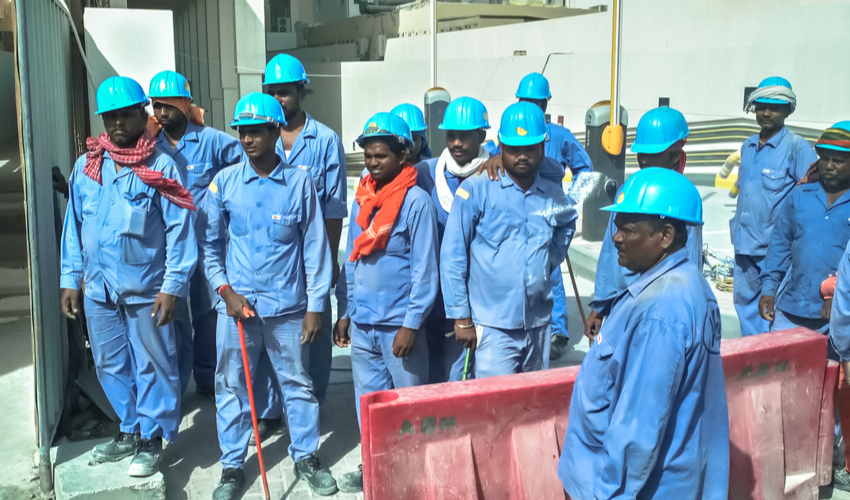 Indian migrant workers in Qatar reached out to Indian embassy for help after being stranded in the country with no job, no medical assistance and no hygiene. Thousands of the workers who are living in the Qatar have been shunned from any health facility by their host nation and are surviving in cramped construction housing units with common toilets and kitchens, located on the outskirts of cities with limited to no facilities. Many have even complained of lack of social distancing in their transport vehiclesand work places. But life is far miserable for those with who lost their jobs due to slump in the business activity and oil prices. Many who got expelled from work without getting pains their dues, fear their survival and living expense in the foreign land.

Such distressed workers have all their hopes on India embassy and approached Indian ambassador Dr. Deepak Mittal to help them send their message to the Indian government to airlift them from Qatar. Indian officials siad that the country was working to take appropriate action to evacuate the community.

“Many Kannadigas in Qatar are at their wits’ end. Men have lost their jobs and their visas have expired. They have no means to return. We contacted the Karnataka chief minister’s office and as well as many ministers seeking more flights, but all in vain,”

Indian media organisation, News18, in its recent report disclosed how thousands were suffering and waiting for Indian government to bring them back. Last month, migrant labourers also staged a rare protest in Qatar over their unpaid dues, at a time of economic fallout from the global pandemic and dipping oil prices. Images of the protests shared on social media showed more than 100 men blocking a main road in the Msheireb district of the capital Doha, raising slogans and demanding better treatment and their wages.

Times of India carried out a detailed reported, showing that over 4,000 stranded Kannadigas registered with the Indian embassy in Doha but have not been brought back. Kannada association reached out to the Karnataka government to look into the matter. The community association mentioned that Vande Bharat Mission phase III, did not bring a single slight to Karnataka.

“Many Kannadigas in Qatar are at their wits’ end. Men have lost their jobs and their visas have expired. They have no means to return. We contacted the Karnataka chief minister’s office and as well as many ministers seeking more flights, but all in vain,” said d Subramanya Hebbagelu, joint secretary, Indian Community Benevolent Forum.