Hungarian government against the sculpture dedicated to Black Lives Matter: “It is a racist movement” 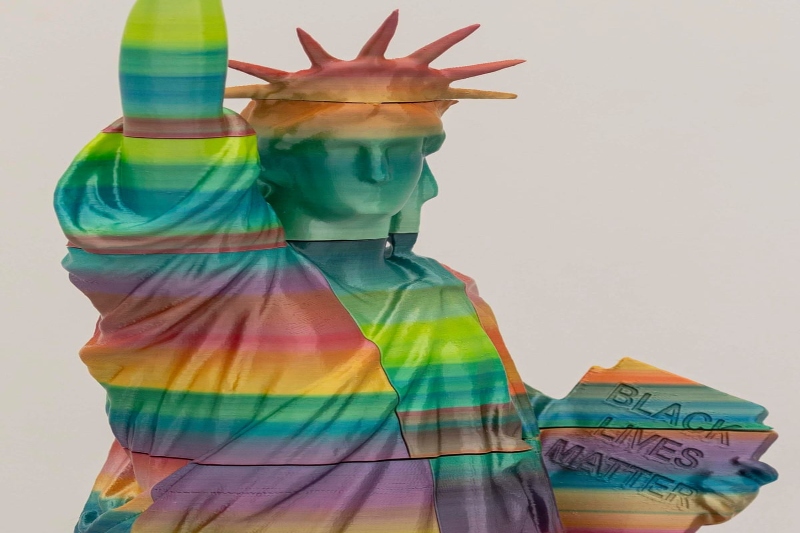 Black Lives Matter: In Hungary, the government does not want a monument erected to the Black Lives Matter movement, which it defines as “racist” and contrary to national Christian traditions. The statue is small, a kneeling, rainbow-colored Statue of Liberty, just one and a half meters high. It will be exhibited for two weeks only. The executive headed by Viktor Orbán does not care about that. Public TV commentators say it must be demolished as soon as it is exposed. The openly racist, xenophobic and anti-Semitic, and nostalgic movements say they are ready to tear the monument to pieces with their squads.

It all started with the initiative of the ninth Kerület of the capital. Precisely, it is a part of Pest, the east bank, which has a lively cultural and youth life. The cultural leaders of the ninth district held a competition and chose the kneeling statue.

Krisztina Baranyi, mayor close to the pro-European opposition of the ninth constituency and promoter of the idea, says: “Black live matters is an important anti-racist movement and against violence and police brutality. The cause for which it is fighting is important in Hungary as everywhere, not just in the United States.” The monument was created in 3D by the sculptor Péter Szalay.

The initiative pleases the inhabitants of the neighborhood, but not the regime. Gergely Gulyás, Orbán’s chief of staff, stated in public: “Black lives matter is a racist movement, so it follows that racist is whoever wants to erect a monument to him, not whoever rejects it.” Many commentators of Magyar Rádio és Televizió, the public radio-TV, have proposed that we prepare to demolish the monument as soon as it is exposed and say that erecting it in public “would be equivalent to erecting a monument to Hitler.”

“It is the typical way in which these debates take place in Hungary: extreme sentences arrive immediately without knowing what they are talking about,” said Mayor Baranyi. Her collaborators then point out that so much government anger against Black Lives Matter explodes in Hungary, where very few people of color live. She added that the government prefers monuments to Horthy, the dictator in power from 1919 to 1944, author of the first racial laws of the 20th century), or monuments that depict World War II Hungary as Hitler’s victims rather than the key-ally.

Not enough: the statue of discord is rainbow-colored, like the LGBTQ flag. The Hungarian government, like the Polish one, is conducting a repressive anti-LGBTQ policy. A recent constitutional amendment has defined only the straight family as legal, and it is compulsory for a father and a mother to educate children in traditional national and Christian values.

Bangladesh seeks protections for its migrants amid COVID-19