Dangers of confinement and internet on children amidst Corona crisis 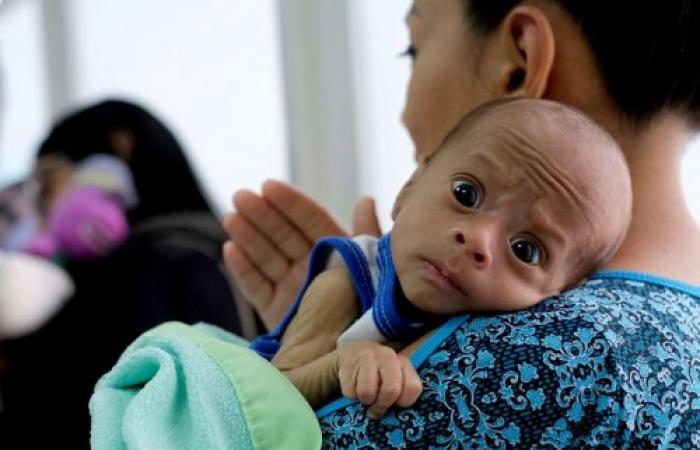 Although children are less likely to be infected with coronavirus, they are most affected by the consequences of the epidemic in other aspects.

The first risk of the spread of the virus is that millions of children whose lives are increasingly focused on the Internet are threatened by sexual exploitation, grooming and bullying and it may expose them to potentially harmful and violent content in addition to a greater risk of bullying.

UN Secretary-General António Guterres called on families and world leaders on Thursday, to “protect our children,” and while presenting a report on the impact of the epidemic on children, he said, “I appeal to families everywhere, and leaders at all levels: Protect our children.”

“With the global recession increasing, this could cause hundreds of thousands of additional child deaths in 2020,” he added.

According to the United Nations, these estimates, in one year’s time, can eradicate the progress made over the past two or three years to reduce infant mortality.

With schools closed worldwide due to the spread of Covid-19, Guterres said, children can struggle to get food, as “310 million of them rely on schools for a regular source of daily nutrition.”

Millions of children are suffering from malnutrition and other pre-existing diseases and have little immune support to cope with new threats.

Guterres noted that the closures are fueling tensions in families, and “children are victims and witnesses alike of domestic violence and abuse.”

He explained that there could also be a reflection on the health of children, as polio and measles vaccination campaigns were suspended in at least 23 countries as part of the closure to slow the spread of the Corona virus.

The United Nations Children’s Fund (UNICEF) warned on Tuesday, that millions of children are at risk from the dangers of the Internet during the current global crisis of the Corona virus.

In a statement, UNICEF Director Henrietta Fore called on “governments, ICT companies, teachers and parents to exercise caution and take urgent measures to mitigate potential risks and ensure that children’s experiences on the Internet are safe and positive during the period of the Corona outbreak.”

“Millions of children are increasingly centered on the Internet during the isolation period imposed on the grounds of the Corona pandemic,” she said.

She explained that “not all children have the knowledge, skills, and resources needed to keep them safe online.”

“More than 1.5 billion children have been affected by the closure of schools all over the world and many of them are receiving their lessons online and spending more unorganized time on virtual platforms,” ​​the statement said.

UNICEF also warned on Monday, of the possibility of a disaster for the poorest children in developing countries due to the Corona pandemic.

“We cannot prevent the global health crisis from developing into a global catastrophe for children, except through coordinated action at the international level,” he added.

Schneider expressed “great concern about the spread of the virus in the overcrowded refugee camps in Greece and Syria.”

He explained that “many children there, suffer from malnutrition and other diseases that already exist and they have little immune support to face the new dangers.”

He pointed out that “the same thing applies to children in the countries of the Sahel region of Africa and southern Africa.”

He explained that “about 40 percent of Africans do not have in their homes the necessary supplies to wash their hands with soap and water.” UNICEF is calling on governments, companies and individual donors to make every effort now to provide protection and supplies for these children.