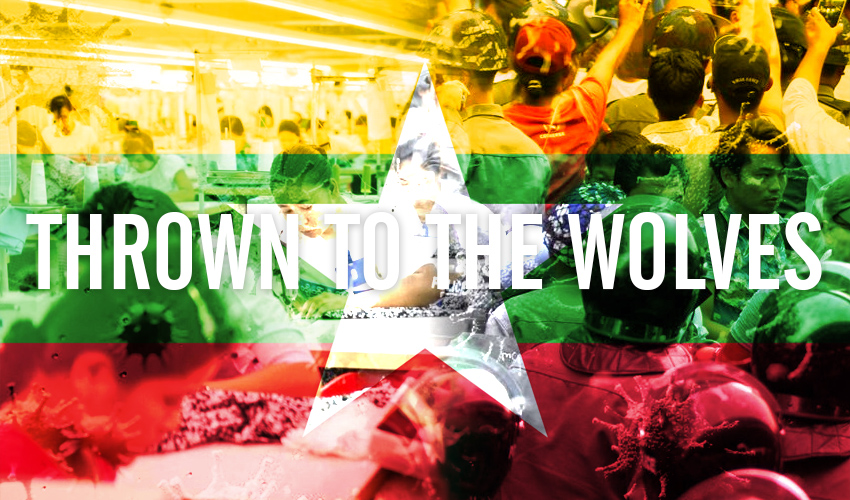 Workers’ rights activists denounce that laws to stem the spread of Covid-19 are being used to silence garment workers in Myanmar and around the world.

Workers’ rights activists denounce that laws to stem the spread of Covid-19 are being used to silence garment workers in Myanmar and around the world. Since March, thousands of unionized textile workers have been laid off across Myanmar, most of whom are women.

According to the Workers’ Rights Consortium (WRC), the rise of authoritarianism globally, and its manifestation in the worsening of employers ‘and governments’ hostility to union activism, was threatening the rights of workers in the clothing sector before the advent of Covid-19. But the pandemic has escalated attacks on employees while also providing the perpetrators with political cover.

The British newspaper “The Guardian” reported today that on the morning of May 4, Czar Tsar Tun, a Burmese textile worker, led a strike in a factory in Yangon city. Within 24 hours, the woman was arrested and detained in Myanmar’s infamous Insein prison. Tsar Zar Tun, 31, was arrested in front of the Blue Diamond bag factory in Dagon Seikkan, an industrial district of Yangon, where she and more than 100 other textile workers had protested over pay, working conditions, and the right to strike.

‘Thrown to the wolves’: how Covid-19 laws are being used to silence garment workers https://t.co/DZRBrMZoU8

That followed a series of strikes in the region in April that saw hundreds of workers, torn between the need to work and the fear of contracting Covid-19, demanding that employers help minimize their exposure to the viruses and continued to pay them despite the looming closure of factories.

In March, another garment worker at another factory, Hayman Aung, posted a question on a Facebook forum about compassionate leave. The 21-year-old did not name the factory where she worked and where she was the secretary of a new union, but someone who answered did. A month later, Hayman Aung has been fired for serious misconduct. Workers’ rights defenders suggested her to report to the police station or risk arrest for “defaming” her job. Forced to turn over her phone to the police, delete her Facebook account, and find two bail officers, she is still waiting to know if a trial will take place.

Brands and governments have an urgent responsibility to ensure that Covid-19 does not affect the already precarious lives of garment workers, but the reality on the ground is very different. Dominique Muller of Labor Behind the Label organization said that it is a global model. Muller stressed that economies and exports are slowing. “Many governments don’t want workers to stop working in the industry at this hard time. They would rather throw the workers to the wolves when they talk about their rights.” She added.

ILO and IOM ink pact to sustainable and ethical migration