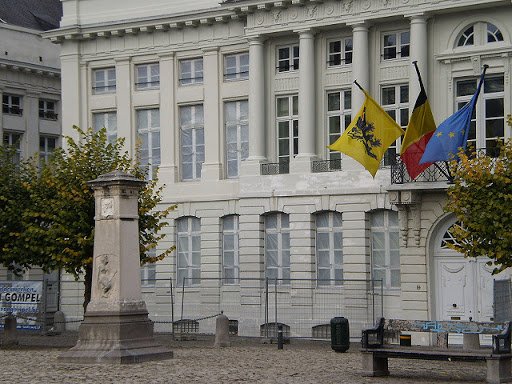 Embassy of China in Belgium, published a letter in EUobserver

On Friday the Embassy of China in Belgium, published a letter in EUobserver, which seemed as a reply to the article which was carried out by the same organisation on 6 May entitled “China suspected of bio-espionage in ‘heart of EU’ “. EUobserver in its article accused the communist country of carrying out military, scientific and medical espionage. As per the details laid out in confidential Belgian reports dated from 2010 to 2016, seen by EUobserver, China is encouraging cooperation with Belgium deliberately in vaccine development and in the field of science and technology. The 2016 report highlight that ‘China has shown keen interest in biological warfare and vaccines development’. These results were published way before the world was hit by the novel coronavirus epidemic.

EUobserver mentioned that the Chinese government was using China-Belgium Technology Center, for economic espionage feeding on research analysis by universities and high-tech companies. In addition, the article also brought to light the episode of the former director of the VUB Confucius Institute who was banned from travelling in 26 European nations over espionage.

The Chinese embassy in its letter called the above allegations ‘fictitious’ and mere assumptions. The letter read, “China-Belgium technology cooperation has always followed the principle of mutual benefits…All scientific cooperation projects are carried out in accordance with the laws and regulations of the two countries. They are open and transparent, and have brought tangible benefits to the people.” It added, “The China-Belgium Science and Technology Center mentioned by the article is a project (signed in 2014) aimed at facilitating the development of incubating technologies and exchanges between China and Belgium.” Besides, The Chinese embassy in Belgium emphasised on the innocence of Song Xinning, a former Chinese Confucius Institute Director at VUB, by stating that the Belgian Aliens Litigation Council has lifted the travel ban imposed on him earlier.

While many contest the Embassy’s view point as they said that the ban against Xinning was lifted on technical grounds. The Belgian law said that a travel ban can be imposed on a person only if and when he/ she was in the country, accompanied by an order to leave the country, but at the time the order was released Xinning was in China. However, in the recent years, many of the Confucius Institutes have been shut all across Europe (including Netherlands, Sweden, France) as well as in US as the institutes lacked transparency and were managed by the Chinese government.

Also, in April, the European Conservatives and Reformists (ECR) Party in an open letter to the European Commission (EC) asked the latter to investigate into the allegations that China pressurised EU in toning down its criticism against the communist regime over its handling of the coronavirus pandemic and pushing disinformation. As per the report carried out by the Times, it showed that EU succumbed to the Chinese pressure and not only watered down its tone but also removed certain elements from it. A part of the untreated version of the report read, “China has continued to run a global disinformation campaign to deflect blame for the outbreak of the pandemic and improve its international image.”

Besides, Jeffrey W. Hornung, a political scientist in his article titled, “Don’t Be Fooled by China’s Mask Diplomacy,” published on 5 May said that the Chinese government was using mask diplomacy not only to paint its international image and win allies; but also to distract world from its hostile activities that the communist regime is undertaking even during the ongoing pandemic to establish its supremacy. Even if the Chinese version of non-espionage-genuine-cooperation is to be believed, the escalating suspicion at multiple levels makes it hard to change global perception of the country which is accused of – conducting espionage through Huawei, exerting pressure on EU to soften its tone, dispensing disinformation through its controlled and censured media and following unhealthy ambition to replace US dollar supremacy in the market, even during the pandemic. It might take more than one letter, in-fact more than words for the world to believe Chinese embassy’s propagation of good intent of its government.