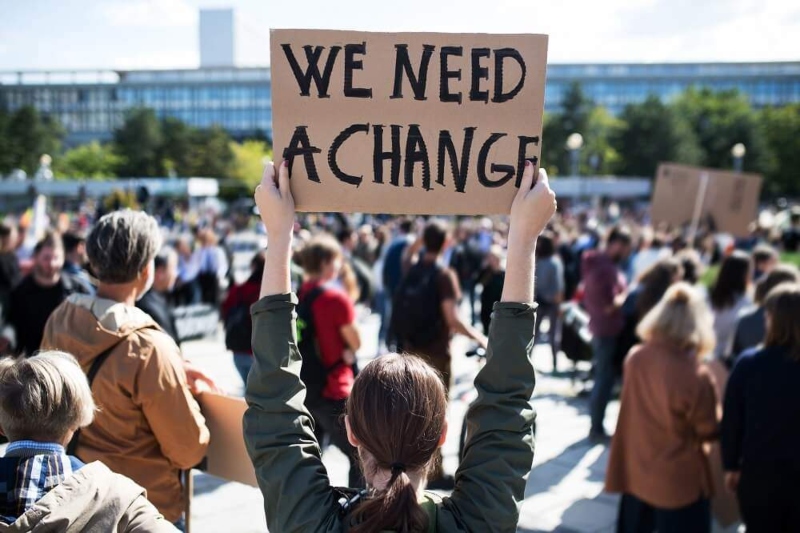 DeRay Mckesson advocates on the issues of equity and justice. He is an American civil rights activist. He was an early supporter of the Black Lives Matter movement. He was named one of the World’s Greatest Leaders by Fortune. He was also named one of the 30 Most Influential People on the Internet by Time Magazine. He has 217K followers on Instagram and 1 Million followers on Twitter.

Emma Gonzalez is a gun control activist. She is the Co-founder of the anti-gun advocacy group, Never Again MSD.  She survived the February 2018 Stoneman Douglas High School shooting in Parkland, Florida, the deadliest high school shooting in United States history. She has 128K followers on Instagram.

Amika George is a British activist who campaigns against period poverty. She authored the book Make It Happen: How To Be An Activist. She has 23.1K Instagram followers.

Noor Tagouri is an award-winning journalist. She talks about marginalized communities and human trafficking on her Instagram. She reports for CBS Radio and CTV News in Washington DC. She has 577K followers on Instagram.

Nadia Murad advocates on the issues of sexual violence and genocide. She is also UNODC Goodwill Ambassador. In 2014, she was kidnapped and held by ISIS. Later on, she founded Nadia’s Initiative to help other victims rebuild their lives. She has 362K followers on Instagram.

Carmen Perez advocates on the issues of women’s rights, gender equity, violence prevention, racial healing and community policing. She is CEO of The Gathering for Justice. She has 105K followers on Instagram.

Franchesca Ramsey is an American comedian and activist. She has appeared on MTV and MSNBC. She gained fame after her YouTube commentary on racial discrimination went viral. She has 172K followers on Instagram.

Natalie Warne began her career as a Human Rights Activist at the age of 17 when she decided to work for the humanitarian aid organization, Invisible Children. She also produced documentary content in Rwanda on women who had survived the Rwandan Genocide. She has 2,707 followers on Instagram.

Jasmin ‘Jaz’ O’Hara is a British human rights defender working in the field of international refugee support. She is a co-founder of the Worldwide Tribe charity. She has 3,012 followers on Instagram.