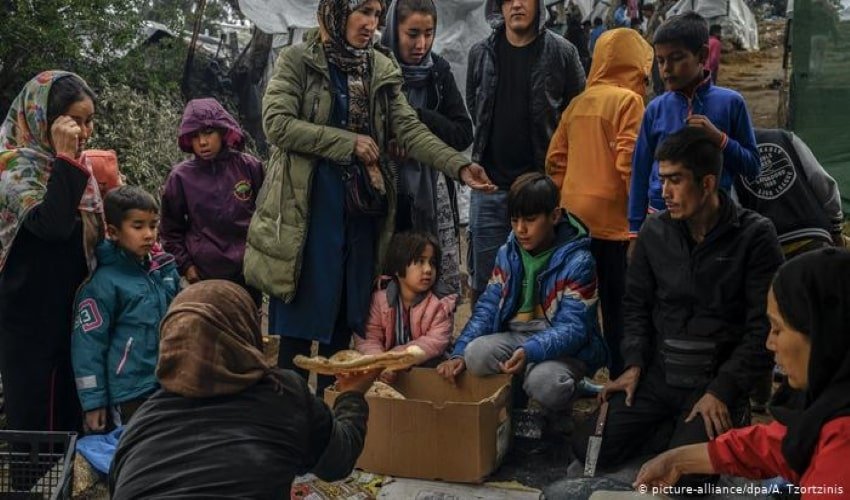 Moira migrants stranded in Lesbos Island are in dire straits as fire engulfed their refugee camps last week. Greece is confronting mounting requests from refugees uprooted by fire to either leave Lesbos or help deport them, BBC reported.

Greece has been urging European nations to support in taking action as it grapples to find shelter for thousands of migrants left destitute after the blaze burnt the camps. Greece’s PM Kyriakos Mitsotakis stated that the migrant issue was Europe’s problem, and solid action was required by the EU to handle it.

GREECE LESBOS: A doctor’s story: inside the ‘Living Hell’ of MORIA refugee camp.https://t.co/CHVeaiHGMJ

According to The Guardian, a fire broke out last week in a few camps following 35 residents were tested positive for the coronavirus, proposing a lockdown by Greek authorities that triggered protests by residents.

The residents blocked roads in the Island and obstructed NGO’s delivering aid and protested against the development of new tents. However, the Greek military arrived at the site and started setting up replacement camps. Many nations have pledged to support for constructing new camps on Lesbos Island, but neither inhabitants nor the migrants are in favor of that.

Around 13,000 people had been living in bad conditions in the Moira camp on Lesbos. The camps were at first constructed to shelter 3,000 migrants.

A big relief came when German Chancellor Angela Merkel concurred “as a primer step to take in around 400 unaccompanied children that had been moved from Lesbos to Greece.