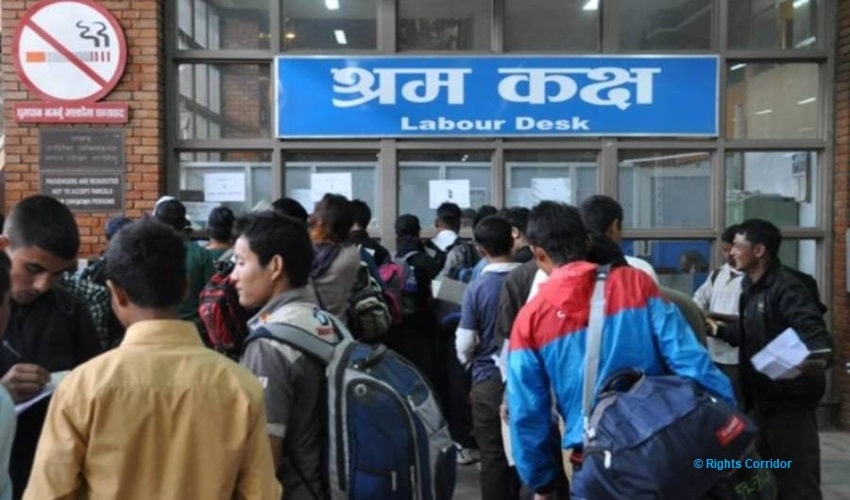 The COVID-19 crisis has brought economic activities across several countries to a standstill, affecting the lives of millions of migrant workers worldwide.

The COVID-19 crisis has brought economic activities across several countries to a standstill, affecting the lives of millions of migrant workers worldwide. In the aftermath of pandemic-induced lockdown, thousands of Nepali migrants workers in major labour destination countries have reached out to Nepali embassies as well as the government, requesting a return to their home.

Taking note of the plight of migrant workers, the Nepal government had launched various initiatives to facilitate the repatriation of stranded citizens and provide them financial support using the funds from the Migrant Workers’ Welfare Fund.

Speaking about the initiative, the Nepali Labour Ministry spokesperson, Suman Ghimire, stated that migrant workers have been submitting their application for returning home to the Nepali embassies in their respective foreign countries in view of the directives issued by the government. The concerned embassies are assessing the applications of the workers to ensure all directives are fulfilled to facilitate their return.

The guidelines for repatriation of the migrant workers seem to further delay their homecoming as many workers remain to be excluded from the list of workers being repatriated.
News Digest (July 23– July 29, 2020) https://t.co/NF9IzBCuYs#Covid_19 #coronavirus #Nepal

According to the Ministry of Labour, Employment and Social Security, more than 6,000 migrant workers, who have lost their jobs in at least nine different countries including Malaysia and Gulf states such as Saudi Arabia, Kuwait, Qatar, have applied to their respective embassies to be rescued by the government for free. Suman Ghimire has informed that the embassies have been working on the initial groundwork to rescue the thousands of stranded migrants who have applied for return. The Nepali missions have been assessing whether the expenses for migrants’ repatriation will be borne by the employer or through the government fund.

When COVID-19 outbreak began, Kathmandu-based Foreign Employment Board had predicted that over 400,000 Nepali migrants were at the risk of losing their jobs. Malaysia is significantly the primary destination country for Nepali migrant workers, followed by India and other countries in the Middle East. A Rapid Assessment of the Situation of Nepali migrant workers during the pandemic in these destination countries was conducted by the authorities which indicated that more than 80 percent of migrant workers have expressed willingness to return home for engaging in self-employment opportunities for survival amid looming uncertainties.

It is expected that the migrant workers’ crisis will narrow down after resumption of international flights to Nepal in the coming week. Nepal government has decided to resume domestic and international flights from August 17 after more than 4 months of restrictions due to the COVID-19 pandemic.