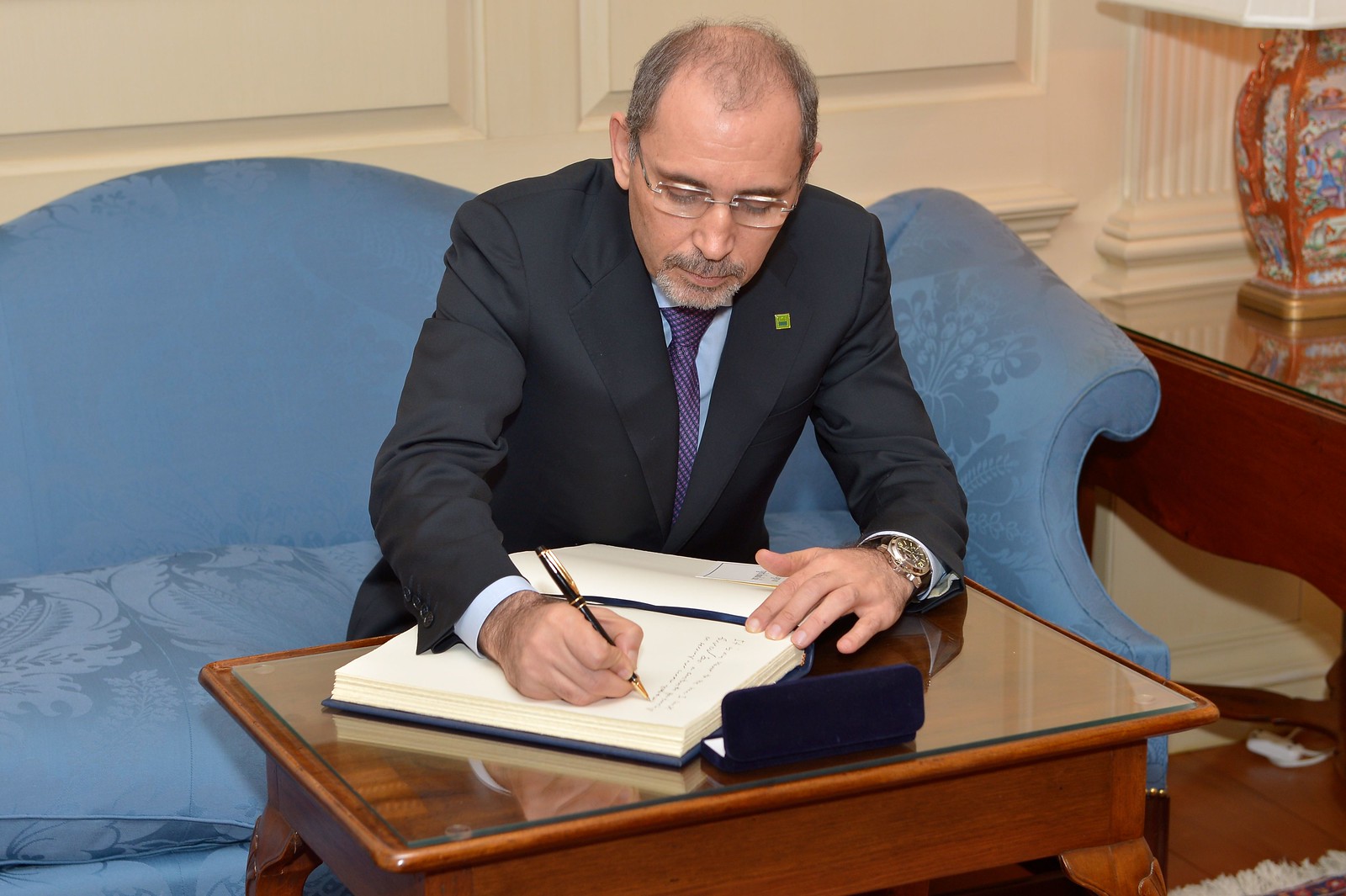 The Jordanian Foreign Affairs Ministry announced on Monday that Foreign Minister Ayman Al-Safadi had informed the UN Special Envoy to Syria, Biderson, that any kind of aid won’t be allowed to enter the Rukban camp’s residents in the Syrian desert on the borders with Jordan in anticipation of the new Corona virus.

The Foreign Ministry said in a statement that Al-Safadi assured Biderson that “Jordan will not allow any aid to enter from its lands or any person from the gathering to enter the territory of the Kingdom for any reason and that the protection of its citizens from the Corona pandemic is the first priority.”

“The Rukban camp for the displaced Syrians is a responsibility of Syria and UN, as it is a gathering of Syrian citizens on Syrian soil and that any humanitarian or medical assistance the camp needs must come from within Syria.”

On the other hand, Al-Safadi affirmed, “The Kingdom supports the efforts of the United Nations and its role in the endeavors to reach a political solution, especially in these unprecedented circumstances that call for focusing on confronting the Corona pandemic and its consequences.”

Jordan, which borders Syria, closed its borders in the aforementioned area since 2016 after a bloody attack on Jordanian soldiers, which ISIS claimed responsibility for.

Aid arriving at the camp, an area of ​​US-backed fighters, from areas controlled by the Syrian regime requires permission from the government.

On August 30th, UN official for humanitarian affairs in Syria, Banos Momtzis, said that about 12,700 people were still in the isolated Rukban camp.

In February of last year, the Syrian government and Russia, announced the opening of corridors to exit the camp and invited its residents to leave.

According to the United Nations, during the first months of last year, more than half of the population left the camp.

It was the second aid convoy to reach the camp in three months.

On the other hand, the Jordanian Minister of State and Information Affairs, Amjad Al-Adayleh, announced on Sunday that the curfew had been eased in four southern governorates, in which no new cases of the Corona virus had been recorded.

He explained that “every governorate will be closed, and citizens in these governorates will be allowed to move between the hours of ten in the morning until six in the evening.”

People of these four governorates will be allowed to move in cars, resume opening their stores and shops and resume the work of commercial establishments within the same time. Al-Adayleh stressed that “any manifestations that violate the instructions in the four governorates will be dealt firmly and returned to the previous situation,” especially gatherings such as weddings and solace councils.