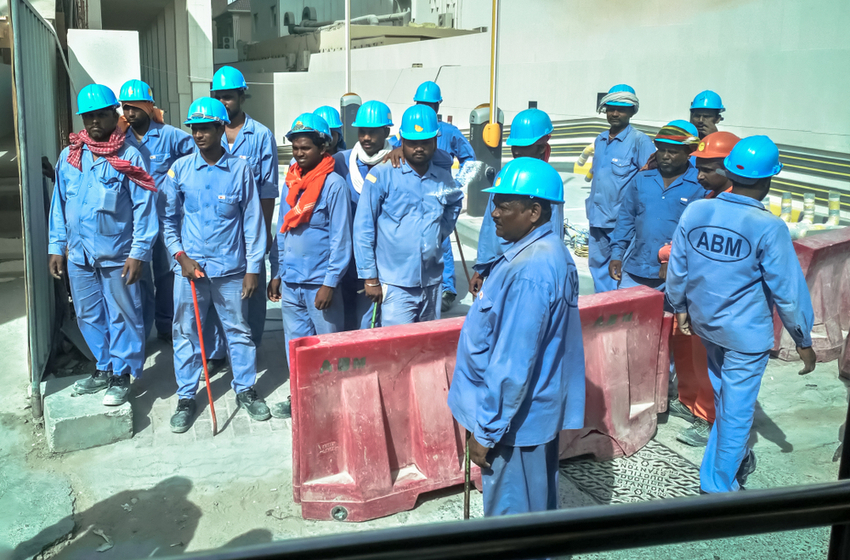 The United Arab Emirates Ministry of Human Resources and Emiratisation, MoHRE, announced last week that it is studying measures to take with regards to current labour relations with partner countries refusing to cooperate with evacuation measures undertaken by the UAE to repatriate private sector expatriates who wish to return home. The UAE Ministry’s move comes after a number of countries did not respond to requests by their nationals to return home following COVID-19 developments.

Millions of migrant workers, mostly from Pakistan, Philippines, Bangladesh, India and Sri Lanka are living in the Gulf country. Many of them have already been repatriated on a special flights departing from Dubai International Airport from the beginning of the novel coronavirus pandemic, but more than half still stuck in the UAE, including those who lost their jobs or have been stopped being paid by their employer because of the pandemic, as well as those who entered the country on visitor visas. Thousands of migrant workers and their families continue to ask for the evacuation, as well as UAE authorities concerned for a rapid spread of the virus among foreign workers by often sharing housing solutions such as studios and apartments to cut expenses.

Although the UAE government has extended the validity of visas, stating that foreign workers and visitors who have an expired visa will be able to stay in the country without incurring penalties, authorities stressed the urgency of partner countries assuming their responsibilities towards their nationals working in the UAE who wish to return back home. The ministry in cooperation with the Federal Authority for Identity and Citizenship, the Ministry of Foreign Affairs and International Cooperation, the General Civil Aviation Authority, and the National Emergency Crisis and Disaster Management Authority also launched an humanitarian initiative to enable residents working in the private sector to return to their home countries as a precautionary measure to curb the spread of the coronavirus pandemic.

Actually, in the UAE, there are an estimated 200,000 Nepali workers. Visa of some Nepalese have expired and some of them have laid off. As Nepal does not have the capacity to place them in quarantine, Prime Minister K.P. Sharma Oli is waiting for the next move. Likewise, so far, the Governments of Pakistan and the Philippines are hesitating to lift a plane and evacuate their citizens from UAE. Thousands of families of Pakistani migrant workers appealed to the Imran Khan government to repatriate their relatives. Seems that Pakistan and Philippines refuse to repatriate their citizens back due to fears that the country does not have the medical facilities or capabilities to safely quarantine the returnees or handle a coronavirus outbreak on their soils as UAE recorded a major number of COVID-19 cases.

The options currently being studied by UAE MoHRE include the halting of any memoranda of understanding between the Ministry and the concerned authorities of non-cooperative countries, as well as the introduction of restrictions or quotas for future recruitment. It’s clear that all countries of foreign workers in the UAE should be responsible for their nationals wishing to return home. Although these countries do not have the necessary resources, Governments should organize appropriate places where workers can spend the quarantine period recommended by the World Health Organization (WHO) before returning to their homes, or make sure that their citizens communicate how and where they intend to pass the preventive isolation immediately after the return.

‘Palestinian Prisoners Should Be Saved From The Pandemic’