Pakistan Residents Stranded In UAE Are Safer Away From Home Land 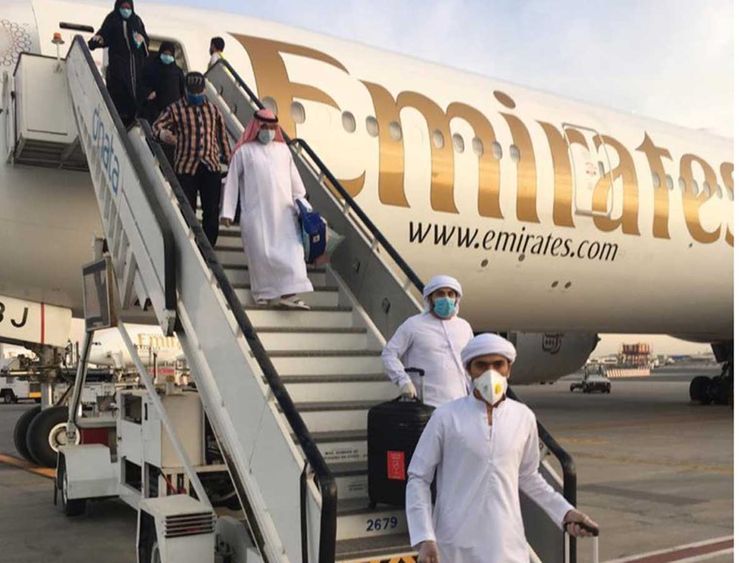 As thousands of Pakistani nations are stranded in the UAE, seeking a way to get back to their homeland, political analysts believe, this might be a blessing in disguise actually.

Seeking repatriation flights, they are stuck as no dates have been decided over when the airports can be functional. Nearly 8000 such Pakistani citizens registered for the repatriation flight after a formal announcement by the Consulate General of Pakistan in Dubai.

On their website, it was also mentioned that priority would be given to those who visas were expiring or any other medical or personal emergencies.

Official figures count as many as 20,000 such Pakistani nationals that have been caught in the midst of the gradual lockdown in the UAE, due to mounting numbers of those infected with the corona virus.

Political analysts believe that in fact, the Pakistani residents are better off staying in UAE, as in Pakistan, the condition of the control in the spread of the virus has not shown very promising results. Medical personnel have reportedly taken to streets and have been protesting against lack of medical aids. They were arrested in large numbers leaving the care of infected patients to the mercy of no one.

Pakistan is a huge supplier of manpower to the UAE. Many of those stranded are either under fear of expired visas, or visitor visas. Some have situations where their employers have stopped paying them wages. Their fate remains hanging in the open.

Hundreds have said to have gathered outside the consulate office demanding to be sent back home. This has been seen as a violation of the lockdown rules, under which UAE had announced hefty fine against anyone who broke the quarantine and lockdown guidelines. But desperate to be back safe with their families, Pakistani residence took to streets ,throwing all personal caution and putting the city bounds open to transmitting infection. The Corona Virus can only be transmitted through human droplets in a concentrated form. The virus is said to live for longer on hard surfaces unless they are sanitized.

According to the Consul-general Ahmed Amjad Ali, most applications are coming from those whose visas have expired.  As the country is known to be compassionate and humanitarian, the UAE has communicated to the Pakistani residents that no one with expired visas would be charged any fine, should they wish to renew till the end of 2020. This was announced by His Highness Sheikh Mohammed bin Rashid, Vice President and Ruler of Dubai.

However, it seems the Pakistan government is trying to charter planes to try and get their own people back from the UAE. No official statement has been made over any flights from either UAE or Pakistan as of now.