The Heads of State and Government of France, Great Britain and Germany on Sunday expressed their commitment to the Joint Comprehensive Plan of Action (JCPOA, the Iranian nuclear program deal) and called on Iran to comply with the treaty obligations.  This is stated in a joint statement circulated by countries.

“It is imperative that Iran return to full compliance with its obligations under the JCPA. We have already expressed our deep concern about the actions that Iran has taken since July 2019 in violation of its obligations. These actions must be stopped,” the leaders of the three countries emphasize.

“We reserve the right to resort to all the provisions contained in the JCPOA in order to protect its existence,” the document says. “It’s also important in order to resolve the problems associated with the need for Iran to fulfill its obligations under this framework.  contract. “

Country leaders say they “jointly expressed unconditional regret and concern over the US decision to quit the JCPOA and renew sanctions against Iran.”  “Despite increasingly complex circumstances, we worked hard to preserve the treaty. All of its remaining parties – France, the UK, Germany, Russia, China and Iran, as well as the European Union as coordinator – expressed their determination to continue to act in defense of the JCPOA,”  – emphasized in a joint statement.

The statement also notes that Iran’s actions are destabilizing the region.

“Recent events have clearly indicated the destabilizing role of Iran in the region, which was manifested, in particular, in the actions of the Islamic Revolutionary Guards corps and Al-Quds. Our commitment to ensuring the security of our allies and partners in the region is unshakable,” the statement emphasizes.  .

The leaders of the three countries emphasize that they “will need to give a diplomatic and full-fledged response to the general concern that Iran’s destabilizing activities in the region, including its missile programs, cause.”

“We reaffirm our intention to continue efforts aimed at de-escalation and ensuring stability in the region,” the leaders of France, Great Britain and Germany assure.

“We take note of Iran’s message regarding the destruction of the aircraft that made the UIA PS 752 flight, and we are ready to work with Iran in subsequent stages,” the joint statement said. 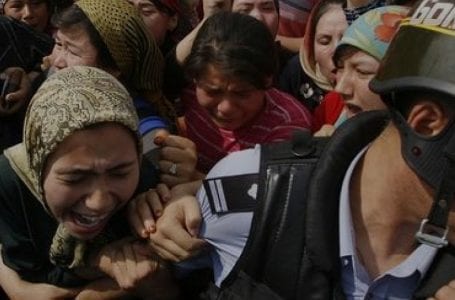