Human Rights Watch confirmed that migrant workers, asylum seekers, stateless people, and women in Qatar remained vulnerable to abuse despite new laws and regulations aimed at protecting rights better. In the World Report 2020, the human rights organization said that in October 2019, the government announced important reforms that allow migrant workers to change jobs and leave the country without the employer’s consent, which are the main elements of the sponsorship system that links migrant workers’ visas to their employers, which has enabled abuse and exploitation of workers .

Reforms were expected to be implemented in January, however, it appears that there are other elements of the sponsorship system that could leave employers some control over workers. Michael Beige, deputy director of the Middle East and North Africa division at Human Rights Watch, said: “The recent statements to reform work in Qatar, if implemented in full, will indeed constitute an important step towards reforming the exploitative sponsorship system.”

Page added: “The State of Qatar passes these laws in a showcasing manner, pointing out that the regulations designed to protect the rights of workers and refugees as ink on paper, without effective implementation and strict enforcement, these laws mean nothing and people remain vulnerable to serious mistreatment.

He continued, “Qatar cannot claim to defend human rights while not respecting the suffering of societies, such as those that withdrew their nationality.” Last November, Qatar entered the third and final year of its technical cooperation program with the International Labor Organization, which aims to broadly reform the conditions of migrant workers.

The government has introduced a number of reforms in the past three years, and while they are positive, they have not achieved much, and implementation has been uneven. Until the end of 2019, the sponsorship system remained largely unchanged and continued to facilitate abuse and exploitation of the country’s expatriate workforce.

Qatar also expelled asylum-seekers despite its development of an asylum law in 2018, and entire families have been arbitrarily withdrawn from nationality since 1996, deprived of basic human rights without clear ways to restore their revoked citizenship.

The human rights report that reveals Qatari violations of women’s rights added that stateless individuals from the Ghufran clan, who were arbitrarily withdrawn from the Qatari national authorities for more than a decade, have been deprived of their rights to work, access to health care, receive an education, marry, create a family, and own property In addition to freedom of movement, in 2019 Qatar did not commit to correcting their status.

The report indicated that throughout 2019, the Ministry of Interior’s Research and Follow-up Department threatened two deportees repeatedly for vague reasons despite their stated desire to seek asylum under the 2018 law.

According to the report of the human rights organization, Qatari laws also still discriminate against women, and the country’s male guardianship system undermines women’s rights to make independent decisions regarding marriage and travel. 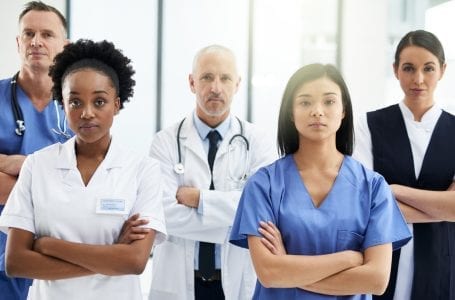